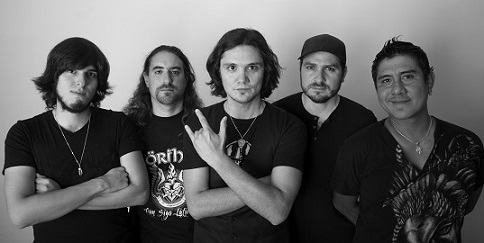 Flor de Loto is a Progressive Hard Rock / Fusion band from Peru, with a long history behind it starting in 2005 with the album “Flor de Loto”, until 2018 with the tenth “Eclipse”.

The latter was produced by Roy Z, who also worked with Judas Priest, Bruce Dickinson, Yngwie Malmsteen, Helloween, Angra and many others.

They were also honored as “Band of the Year” in 2011 by an important Peruvian newspaper (El Comercio) and received the “Metal Album of the Year” award in 2016.