THE FIERCE & THE DEAD 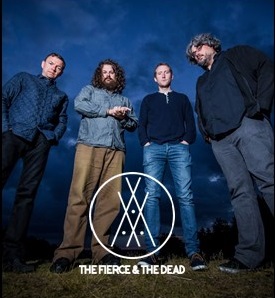 THE FIERCE & THE DEAD

In 2018 their album The Euphoric was considered the Prog album of the year by Classic Rock Magazine.

They have a loyal fan base and often play live, in the recent past with Hawkwind, PFM, Crippled Black Phoenix, Evil Blizzard and Monkey 3 and have appeared at festivals across the US, mainland Europe and the UK, including Freak Valley, Prognosis, Arctangent, HRH, Kozfest, Ramblin Man and Rosfest.

They have released 3 albums, and are currently working on their fourth studio album with a select number of live performances in 2022, including the Veruno festival!