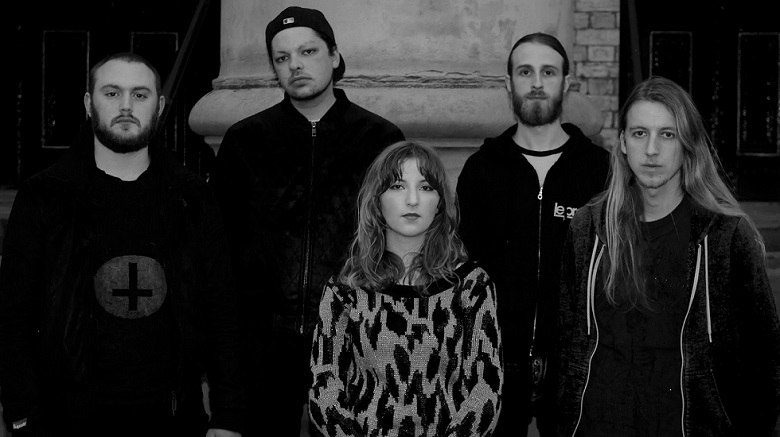 Formed in 2008 by Luke Machin at the Brighton Institute of Modern Music, UK based progressive music makers Maschine are the new young stars on the Inside Out Roster also winning Classic Rock Presents Prog nes ‘Best New Band’ award 2 years running.” Only a rock festival would have a graveyard shift at noon. At the Summer’s End Festival in 2011, Concrete Lake (as Maschine were known at the time) were last minute additions to the roster, in the graveyard slot. Not deterred, the band proceeded to play a transcendental set, creating a reputation as a vital and captivating live act. In rock-festival terms, they were an overnight success. The core of the band is vocalist and guitarist Luke Machin, who formed the band at the Brighton Institute of Modern Music in 2008. Machin’s prowess as a guitarist has been drawing praise for virtually his entire life. He was introduced to the world as the guitarist-extraordinaire on The Tangent’s COMM, a performance which received universal acclaim. As composer-in-chief at Maschine, Machin draws on his unique combination of youthful audacity and arduous experience to create music that is fundamentally guitar driven without ever descending into instrumental calisthenics. His vocal lines are equally cleverly crafted, and delivered with passion and precision. Machin’s partner on guitar is Elliott Fuller, ostensibly a rhythm guitarist, but one whose remit is appealingly unconfined. An inventive foil to Machin and Fuller’s guitars is provided by Tangent alumnus Dan Mash on bass. While Mash firmly anchors the low-end, his is an ebullient energy that surfaces periodically as funk-influenced flourishes, adding a new dimension to the band’s sound. James Stewart on drums completes the rhythm section with intelligence and refinement, while high above the edifice sit Georgia Lewis’ keyboards, which run the scope from delicate to aggressive. The word ‘progressive’ when applied to metal is fraught with unappealing connotations. To some, it is associated with music that is boring and abstruse. To others, it is, ironically, considered a yoke, whose preconceptions stifle creativity. But every so often, a band emerges that has something new and original to say within an existing vocabulary. Enter Maschine. Carrying forward the momentum built up through the power of their live performances, the songs off Maschine’s forthcoming debut album, many of which have already undergone a stringent road-test, boast a violent but focused creativity, whose immediacy and elegance often belie their complexity.