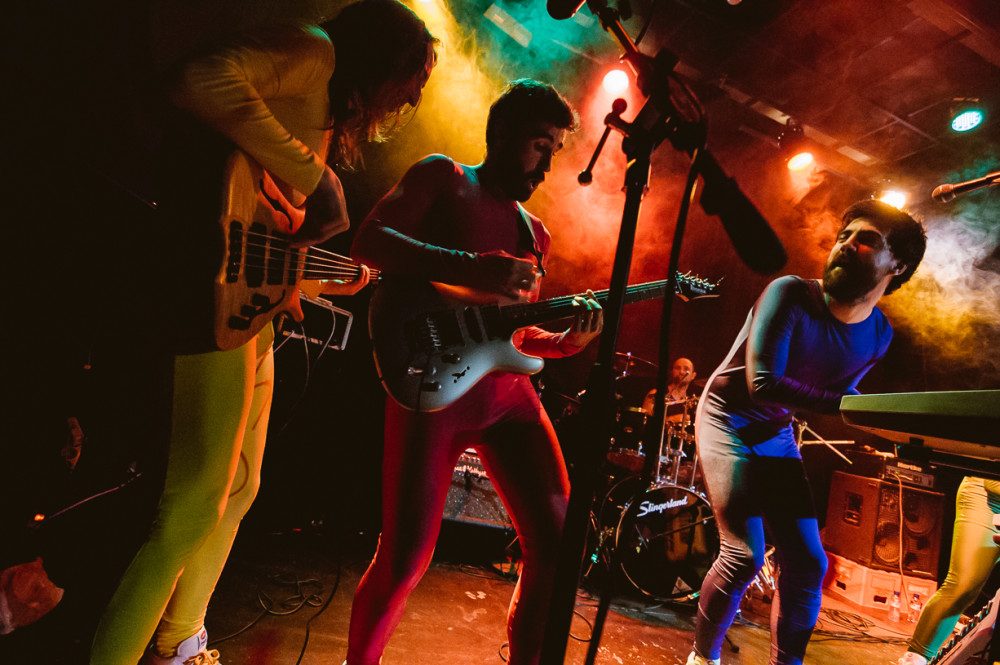 Cheeto’s Magazine is a Barcelona based progressive rock ensemble. The band’s uniquevision of the genre surpasses all taboos, blending in classical prog roots and contemporary sounds under its main trademarks: a surrealistic humour and a joyful musical approach. This essence is accurately projected on every single element that composes the band’s very own universe, including an unmistakable imagery and a colourful, eccentric stage action. The band’s debut album, Boiling Fowls (2014) constitutes a massive journey through a wide spectrum of influences, displaying tunes with passages from all sorts of musical landscapes. While the epic 25 minute-long opening track pays homage to the great fathers of the genre such as Genesis or Yes, lots of modern electronic and pop music elements are poured allover a canvas that contains also a massive vocal work that goes from the likes of Spock’s Beard to Faith No More and finds itself surrounded by both complex instrumentation and catchy melodies. CHEETO’S MAGAZINE are: