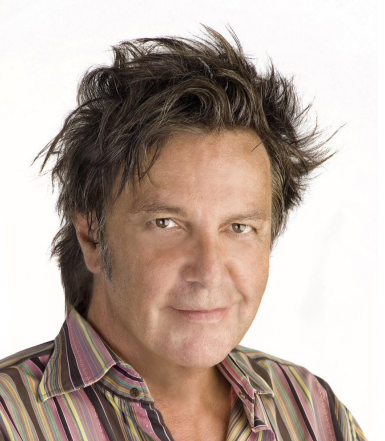 Alan Sorrenti
is a Neapolitan singer of Welsh origin, known to most for his work more commercial works (pieces
style like dance such as the hit ” Figli delle stelle” or melodic songs such as the highly successful
“L’unica donna per me”). But in the years in which “Pawn Hearts” by Van der Graaf Generator
remained in first place in the peninsula for months selling over 800,000 copies, Sorrenti also had a
career as a fine rock singer-songwriter clearly of psychedelic / progressive, which many saw
directly inspired by the works of Tim Buckley and Peter Hammill. The rapid changes of Italian pop
made him change direction.
A long namesake suite and three songs form his debut album Aria (1972), a masterpiece of Italian
pop. Musicians exceptional to this record, among them the star Jean Luc Ponty (violin virtuoso jazz
student of Grappelli and in the masterpieces of orchestral Zappa and the Mahavishnu Orchestra),
which provides a fundamental contribution to the suite which occupies the entire first side of the LP
. Exploiting themes dear to the Italian progressive, Sorrenti builds an atmosphere that immediately
involves the listener since the Spanish-guitar arpeggios and vocals accompanied by the sudden
engagement of the free-jazz piano and violin essential phrases. The hallucinatory atmospheres are
made in a way that doesn’t sound excessive or “dated” but with sobriety, and this explains the
considerable charm that the suite still has today, 40 years later.
The second side, reports itself with a first movement with a more relaxed and less “extreme” use
of the sung and more restful in the poignant folk ballad “Vorrei incontrarti” and with a final restart in
the lysergic “La mia mente” and “Un fiume tranquillo “, due to a more traditional symphonic style.
Come un vecchio incensiere all’alba di un villaggio deserto (1973), the second album of Alan
Sorrenti, sees Tony Esposito on drums and percussion and David Jackson of Van Der Graaf
Generator to the flute. Because of the huge commercial success and critical acclaim for their first
job, the Harvest pushed the musician to bring out another in a very short time once again providing
sessionmen of great value. The album has lyrics more balanced and contains the beautiful love
song “Serenesse” (perhaps his most valuable piece) and the very excellent psychedelic ballad
“Angelo”. The suite that gives title to the album opens with a long introduction psychedelic / free
jazz, with vocal improvisations based on a VCS3 and slide guitar.
A Veruno Sorrenti will propose the best production of the first three albums, without forgetting its
succeeding pop experience.