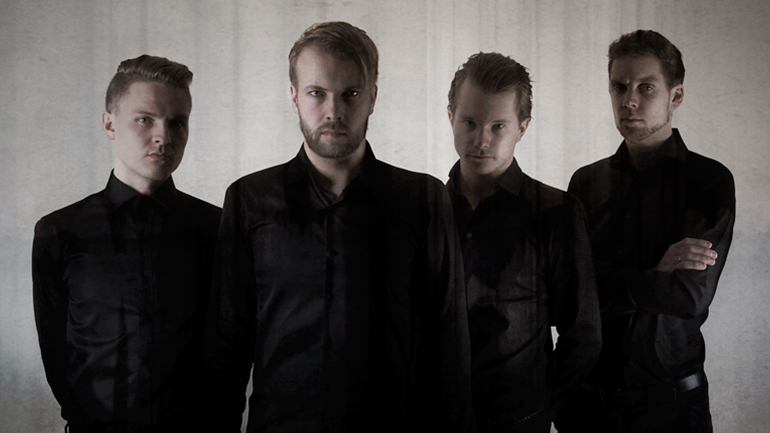 On F j, Y, Posted by Ver1Musica , In Novità, By Leprous , With No Comments

We are really proud that the Norwegian group chose Ver1Musica to organize his only Italian date of the European tour that will take place in the autumn to promote the new record coming out May 25, 2015 in Europe and June 2, 2015 in North America via InsideOutMusic “The Congregation “! After the acclaimed performance of last year to 2DAYS PROG +1 VERUNO return in Italy in one of the most popular clubs in Milan: the LEGEND CLUB!

With their album in 2011, “Bilateral” which has stirred the waters of the prog, and the debut labeled InsideOutMusic, the Leprous found themselves suddenly faced the daunting task of having to follow up and develop a true underground success that many fans and music critics had announced as a stroke of genius and a small masterpiece in itself. The band in recent years has been engaged in several tours throughout Europe, as a support to big guns like Opeth, Pagan’s Mind, Therion and Amorphis or in own tour as headliners. The band has already crossed the Atlantic to perform at ProgPower festival in USA. In the music of Leprous you can listen to many different influences, from Pain Of Salvation to King Crimson, from Katatonia to Opeth, from Porcupine Tree to Pink Floyd. But the real “bang” for the incredible new disc they did it with “Coal” – the album was released in May 2013. Let the singer and synth -player Einar Solberg to comment the disk: “Coal is an album more melancholy and darker than the more playful “Bilateral”. With darker not mean more aggressive, but more intense. There is still a large dynamic range, but the jump between the different moods in a song. ” Songs such as “Chronic”, “Coal”, “The Cloak”, “The Valley” or the final “Contaminate Me” are among the best things you listen to lately! And now the new album “The Congregation” that from the first single seems to continue to keep alive a musical genre in which they themselves have given new life. It is easy now to recognize the “style-Leprous” from the first chords. The Leprous are determined once again to lead a public open-minded through the boundaries of a scene otherwise often too quiet. With Leprous on stage  will be two other Norwegian bands: the RENDEZVOUS POINT and SPHERE, but for the Italian date, will take also the italian group Dropshard to open the event! LEPROUS: