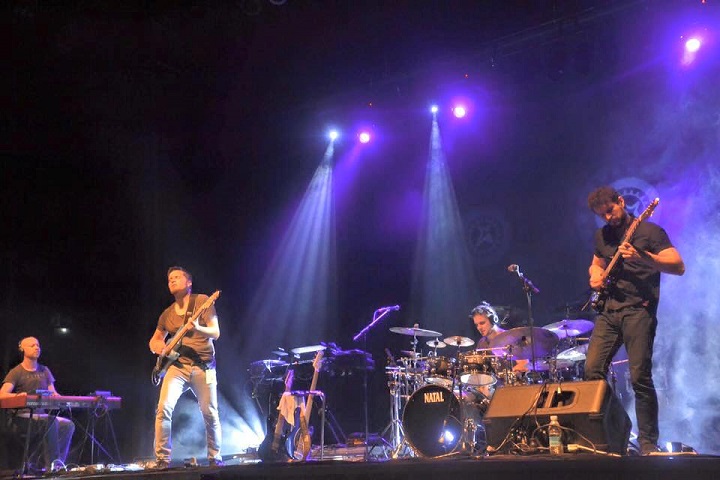 SPECIAL PROVIDENCE demonstrate that they are one of the most promising bands in Metal fusion today’ – Metal Observer, USA, 2012. With their virtuoso yet easily digestable style, Special Providence from Hungary are one of the better known modern instrumental bands in Europe. With an emphasis on good tunes rather than endless flashy soloing, the band has created a unique style – a mixture of modern jazz, progressive rock/metal and electronica – which manages to impress and engage the listener both at the same time. Their dynamic stage presence makes them a captivating live act, with performances at the London Jazz Festival, Night of The Prog Loreley, Crescendo Festival, ProgSud, Prog-Résiste and countless other gigs around the world (Japan, England, France, Germany,  Denmark, Netherlands, Switzerland, Belgium, Hungary, Austria, Slovakia, Romania, Czech Republic, Serbia, South America etc.). Following the release of their first album ’Space Cafe’ in 2007, they were invited to tour with the Jeff Andrews Trio. In December 2008 their 2nd album ’Labyrinth’ drew praise from reviewers worldwide and was quickly followed by their first live DVD titled ’Something Special’. January 2012 saw the band release their 3rd album ’Soul Alert’ which has proven to be their biggest success so far. This album received unanimous praise and occupied the number 1 spot at the US Gagliarchives Progressive Chart for 9 weeks. After enthralling Japanese audiences in late 2012, the band undertook a tour of the EU with swedish prog outfit Beardfish in the autumn of 2013. 2015 marks an exciting new chapter for the band, joining forces with well established progressive rock label GEP. The remarkable new album ’Essence of Change’ was released by GEP on March 30th 2015. During the festival season they have shared stages with names like Dream Theater, Steve Hackett and Pain of Salvation. They have also been invited to support Spock’s Beard on their Autumn tour. Special Providence are: