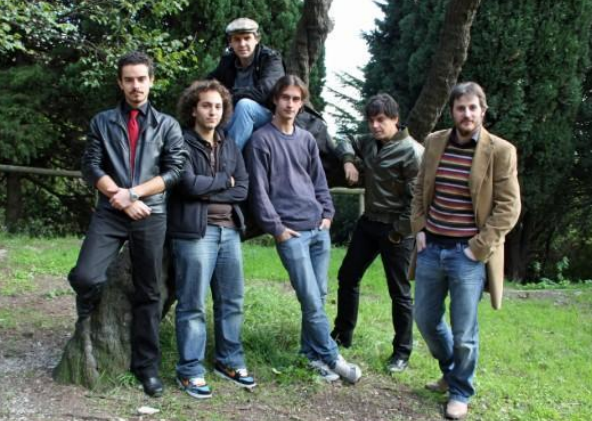 La coscienza di Zenio (CDZ) is a progressive band that was born in 2007 in Genova. The band consists of members
coming from and participating in various Italian Bands (Trama, Narrow Pass, Armalite, Il Tempio delle Clessidre,
Hidebehind, Not a Good Sign, Finisterre, Malombra, Real Dream, Lucid Dream, Hostsonaten, Periplo).
The band set itself, in addition to using a personal style of music away from the clichés of modern progressive rock,
particularly the object of curing the lyrics, bringing the group to search for a language that, while retaining the signs
and the styles that characterize the form pop song, is a vehicle for special meanings.
In May 2010 CDZ entered in studio to record their first album, released a year later under the label Mellow Records
and with the same title, with numerous collaborations including Luca Scherani, Joanne Roan, Lidia Molinari and
Rossano Villa.
The cd is welcomed by both the public (the first printing was sold out in a few months) and by critics, from which it is
listed as one of the best debuts of the year.
After an important live activity le throughout the whole 2012, in March 2013 they officially begin recording the new
album at the Hilary Studio. Like the first album, this work involves the participation of several guest musicians,
including Joanne Roan, Sylvia Trabucco, Melissa Del Lucchese and Rossano Villa.
In May 2013, the group presented most of the new album’s songs on the stages of two prestigious festivals: the
International Music Fair (FIM), where participating rock bands such as Biglietto per l’Inferno , The Trip, Delirium and
Daemonia, and the AltrOck Festival, with Ske, Ciccada, Wobbler, October Equus, Not a Good Sign and Humble
Grumble.
The new album, titled “Sensitivity”, is released on June 10, 2013
Gabriele “Estunno” Guidi Colombi – Bass guitar
Andrea Orlando – drums
Davide Serpico – guitars
Alessio Calandriello – Voice
Luca Scherani – keyboards