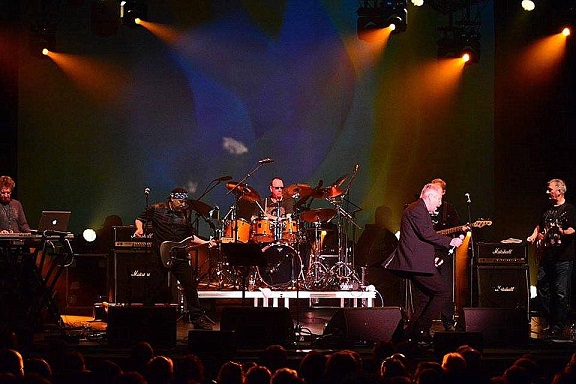 Comedy of Errors are a Scottish Progressive Rock Band. Originally formed in 1984 and having toured extensively through that period, the band reconvened in the early noughties and have been actively gigging and recording again since 2011 when the first full length studio album, Disobey was released. This was followed in 2013 by Fanfare & Fantasy and finally in 2015 by the release of Spirit. This is the band’s most adventurous release to date, comprising as it does of a 45 min suite of unbroken music which take the listener on a musical and emotional journey. This two year cycle of releases is set to continue in 2017 with the release of the band’s 4th studio album, this advances the band’s development in the direction of symphonic writing. Alongside this, the band are working on a live DVD recorded at their appearance at the 2016 edition of the RosFest festival in Gettysburg USA. Other live appearances to date include the iconic King Tut’s Wah Wah Hut in Glasgow, The O2 ABC, Classic Grand and The ferry in Glasgow, along with Cambridge Rock Festival, Summer’s End Festival, Danfest Festival, as well as other one off gigs throughout the United Kingdom and Europe. 2017 sees Comedy of Errors stretching their wings with several high profile festival and other gig appearances, and the mainland Europe leg of the year culminates in the beautiful town of Veruno in Italy where the band are due to appear in September of 2017. Fourth Studio album scheduled to be released in Q2 of 2017.Live DVD, release date TBC.