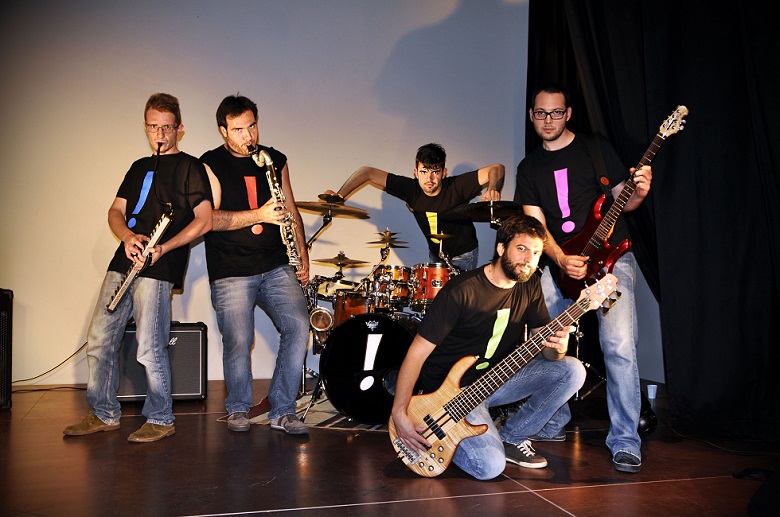 We call them “Just!” (With the exclamation mark), but they do not stop.

They played together for three years in a crescendo of power and fans. Theirs is an instrumental progressive rock with metal influences, but above all with clear elements of originality and impact: next to the battery, electric bass and guitar, make its appearance an electric diamonica and a bass clarinet. These makes theirs music very experimental, both: timbres and use of various instruments (even the most classic instruments give new possibilities of use of the new ones), and permit also to build live-shows curious and dynamic.

The originality, along with the ability to make good music, is what has rewarded them so far. They have held an EP, “Subject Study”, released in late 2013 and are now mixing their second album and first LP, which will be called “Elemento ANTROpico” (anthropic element) and will be released by the end of 2015.