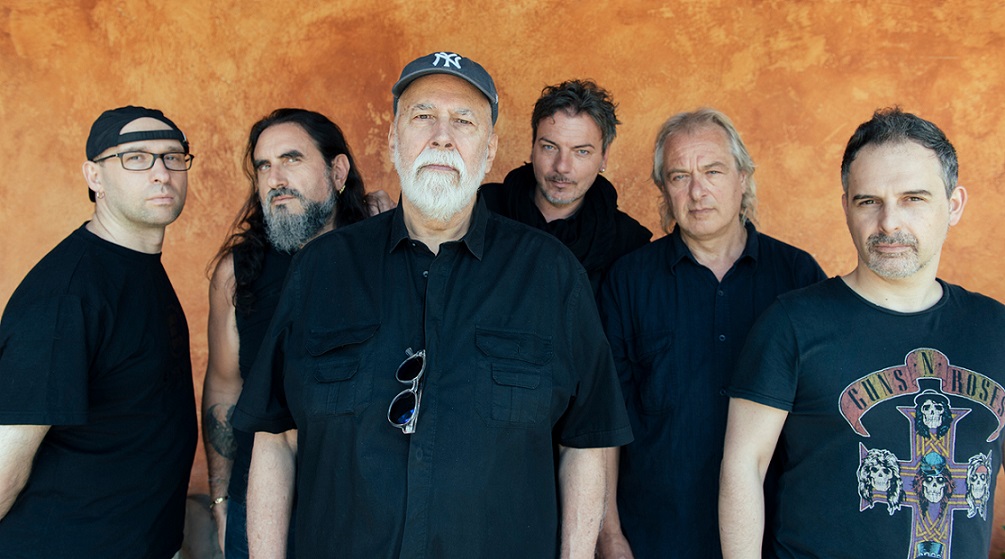 The Banco del Mutuo Soccorso was founded in 1970 in the wake of the “progressive rock” musical movement, by the keyboardists Vittorio Nocenzi and his brother Gianni, inspired by the famous English groups such as Gentle Giant, Jethro Tull and Emerson, Lake & Palmer. In 1971 the band participated in the 2nd Pop Festival of Caracalla in Rome where they met the great voice of Francesco Di Giacomo, which turned out to be a real qualitative change.

The group went from the beat songs of the early period, to progressive compositions, strongly influenced by the classical musical training of the Nocenzi brothers and embellished by the refined texts written by Di Giacomo. This training published in 1972 the debut album Banco del Mutuo Soccorso which, with pieces such as R.I.P. (Requiescant in pace), The Garden of the Magician and Metamorphosis, instrumental with a short but wonderful final vocal insert, immediately catalyzed the attention of the public of the nascent Italian progressive rock scene. In the same year was released the second album – Darwin ! , the first concept album created by the group: the songs are all linked to the central theme of Charles Darwin’s theory on the evolution of species. To which the following year followed the album  Sono Nato Libero ; these three albums can be considered the most creative and original of the group, centered on the vertiginous and virtuous interweaving of the keyboards of the Nocenzi brothers and on the inimitable Di Giacomo tenor registers, serving a very special contamination between the progressive English rock, the Mediterranean sounds and the tradition of Italian melodrama, which peeks out in the most unexpected moments.

In 1976 it was published Come in un’ultima cena, promoted with a European tour that saw the Banco playing as supporter of a “giant” of the progressive English rock, the Gentle Giant. Of this album was also made a version in English (As in a Last Supper), with the translation of Angelo Branduardi. In the same year the group also recorded Garofano Rosso, soundtrack of the film of the same name (based on a novel by Elio Vittorini, directed by Luigi Faccini).

In 1983 comes out Banco where the song Moby Dick, which will become one of the most popular songs of the band, despite moving away from the canons of “progressive rock” that has characterized them in the past.

On 21st February 2014, while the Sanremo Festival is underway, news of the death of singer Francesco Di Giacomo, caused by a road accident in Zagarolo, is reported. After a period of silence, the band announces the release of a work conceived and directed by Vittorio Nocenzi, entitled Un’idea che non puoi fermare.

This year, therefore, the BANCO will restart, for its 45th year of activity, with a new season of concerts that will celebrate the fundamental stages of the band’s repertoire. Starts with a look to the future, a new and monumental record project at the door, a new formation, which revolves around the figure of Vittorio Nocenzi. In the voice Tony D’Alessio, famous to the general public for his participation in X Factor 2013, but for years in the orbit Banco and that collects the heavy legacy of Francesco Di Giacomo, without ever expiring in the emulation, tracing instead a stylistic line personal, in the sign of continuity but also of renewal