On F j, Y, Posted by Sandra , In Eventi,Novità, By OMAGGIO A BACALOV , With No Comments 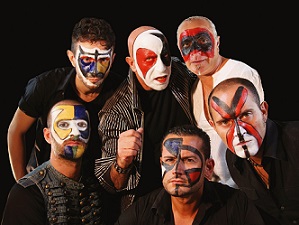 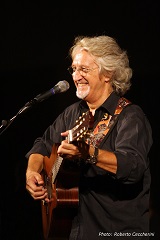 TRIBUTE TO LUIS BACALOV Luis Enríque Bacalov was an Argentine naturalized Italian pianist, composer, conductor and arranger, famous for his film soundtracks (first of all “Il Postino” by Troisi, with which he also won the Oscar in 1996). Quentin Tarantino also uses some songs composed by Luis Bacalov in his western-style film Django Unchained. But in the seventies Bacalov also took care of the arrangements for some of the most successful prog records of the time, in particular: Concerto grosso for the New Trolls, and Concerto Grosso n. 2), Osanna (Milano Calibro 9 – Prelude, theme, variations, song), Il Rovescio della Medaglia (Contaminazione, RCA 1973). If we have mentioned the Osanna above and the Rovescio della Medaglia we have talked about previously (see Saturday 4 September), VITTORIO DE SCALZI, soul of the New Trolls, also becomes difficult to talk about, so much is known in musical circles. Italian singer, multi-instrumentalist and composer, known for having founded the progressive rock band New Trolls, active from 1967 to 1997. Vittorio De Scalzi is the author of many successful songs of the band (from Visions to Una mine, to Quella carzza della sera). He has also composed songs for Mina and for Ornella Vanoni and Anna Oxa. In Veruno we will see the three groups present with our fantastic Orchestra del Settembre Musicale Verunese perform these magnificent arrangements, in close collaboration with the I Piccoli Musici Estensi Orchestra, development of the didactic activities of the ImmaginArte Association of Varese: many of the students are winners of national and international competitions. There are now numerous concerts that the orchestra has performed, both in school and educational settings and in real concert areas, always obtaining highly positive feedback. The Orchestra will be directed, for the special occasion, by CARLO TAFFURI, violinist, teacher and conductor. After his studies at the Novara Conservatory, he attends several masterclasses with international level violinists and plays in various ensembles both in Italy and abroad, starting interesting artistic collaborations. He has participated in several orchestral conducting masterclasses, specializing particularly in the field of youth orchestras. Since 2003 he has been president and artistic director of the ImmaginArte Association. He founded the youth ensembles “I Piccoli Musici Estensi” and “UKOM-United Kids Of Music”, with the aim of encouraging international musical exchanges and twinning. Since 2013 he has directed the PYO-Pasquinelli Young Orchestra and is the director of the orchestral ensembles of SONG onlus, an association that coordinates and manages the collective music education project based on Venezuelan “El Sistema” in Lombardy. The experience gained in this area led him to take on the role of director of the similar project in Lugano in 2015, collaborating with Superar Suisse. He also has several concerts in the world of pop and pop music, including collaborations with Sergio Cammariere, Fabrizio Bosso and Andrea Bocelli.