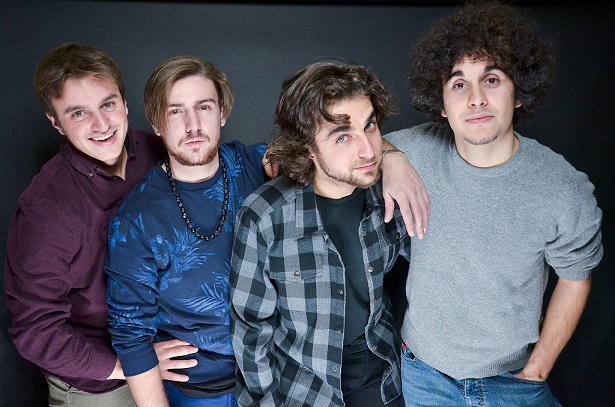 Eveline’s Dust (ED) are inspired by both classical Italian and English Progressive Rock (influences by Perigeo and King Crimson, Banco del Mutuo Soccorso and Genesis) and modern Prog authors: Steven Wilson above all. In January 2013 ED’s first album, “Time Changes”, is released, followed by an intense concert schedule. In February 2015 ED record and film a live-in-studio performance of two tracks that will be part of their new ambitious work :“The Painkeeper” concept album. During the summer in 2015 the band perform at Max Gazzè’s concert at Metarock Mare (in Marina di Pisa) as opening act. In August 2015 ED win Terramare contest, the emerging bands competition organized by Barga Jazz. In September 2015 the band start a crowdfunding campaign(www.musicraiser.com/it/projects/4589-the-painkeeper-the-concept- album), through Musicraiser, to fund the recording of “The Painkeeper”: the campaign is a success and ED finish recording in November. In February 2016 the band agrees to collaborate with Lizard Records and GDC Rock Promotion for their concept album’s distribution and promotion. On Sunday February 28th Eveline’s Dust perform “The Painkeeper – live show” for the first time ever! The show takes place at Lumière, in Pisa, and it is an absolute, unexpected success! The album has been released on March 7th 2016! Line-up: