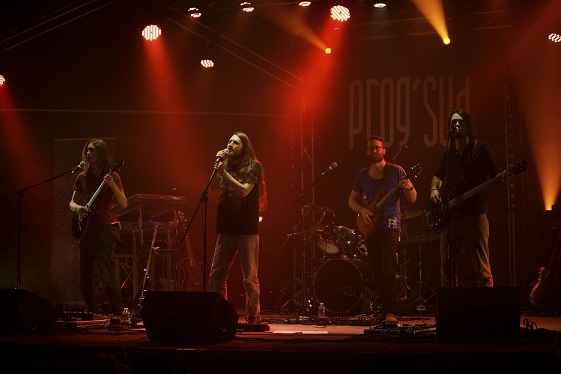 The German progressive rock band Deafening Opera was formed in Munich in 2005 by lead singer Adrian Daleore, guitarists Moritz Kunkel and Thomas Moser, and bassist Christian Eckstein, and joined by Konrad Gonschorek on drums and Tilman Espert on the keyboards, who was replaced by Gérald Marie in 2009. Their style passed from metal to progressive rock with the release of the EP 25.000 Miles (2011). This EP served as the basis for the album Blueprint, which has been released in July 2013. The lyrics – in English and French – tell the story of a life and the construction of a man; the vocals are born on an ambience being sometimes retro and powerful, sometimes atmospheric, punctuated with arpeggiators. With widely diverse, technically rigorous experimental styles, this multicultural ensemble seems to have found the right balance to satisfy a wider audience, appealing to those new to the genre as well as to the musically sophisticated, while conveying a range of emotions and sensations.