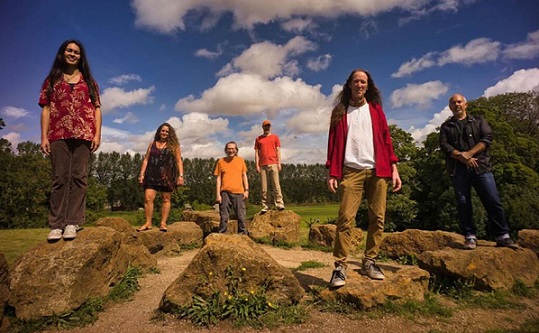 Solstice are a British progressive band that blends elements of rock, folk, funk, jazz and blues, which after many years of musical creation and the release of the album ‘Sia’ in 2020, find themselves at the forefront of the British live scene .

A story that began in London’s legendary Wardour Street Marquee Club, Reading and Glastonbury festivals and many more, finally comes to the chapter that journalist Martin Kietly describes as “The Solstice have become the band they should always be”

With six highly acclaimed studio albums and one more released this year, everyone who has seen and heard them agrees that, live, the Solstice are at the top of their game.